Tipping the scales: Exploring austerity and public health in the UK

Tipping the scales: Exploring austerity and public health in the UK 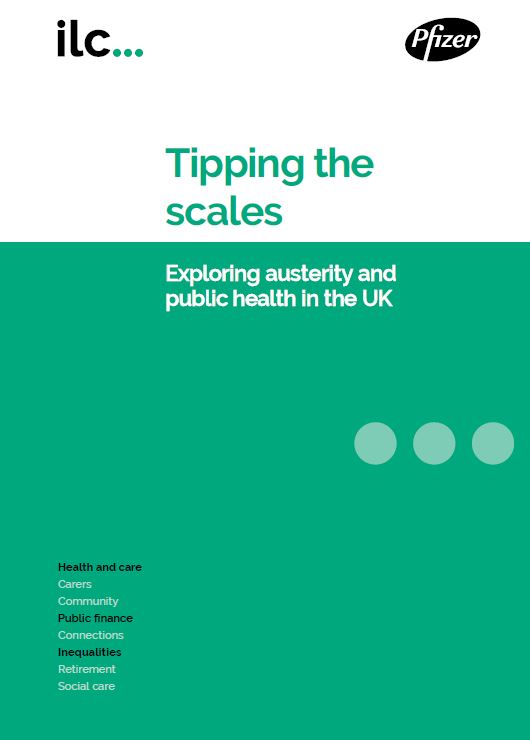 This report is part of a series of country profiles outlining the situation of public health in four key countries particularly impacted by the fallout from the financial crisis. The series is a follow-on from the ILC report Public health in Europe during the austerity years, which explored the link between health outcomes and austerity across Europe. Focusing on the situation in the UK, Greece, Spain, and Ireland this series explores the economy and public health of each country during the austerity years.

As the second largest economy in Europe and a major centre of finance, the UK was heavily afflicted by the financial crisis. In 2010, the incoming Coalition Government adopted austerity measures as a means of controlling the escalating budget deficit.

This report finds that the percentage of the population reporting good health fell significantly during the austerity years.

Health spending in the UK was protected from severe budgetary cuts during the austerity years. In fact, health spending per head was 26% higher in 2015 than it was in 2010. Although the National Health Service (NHS) managed to avoid significant budget reduction, cuts in other areas of social spending indirectly affected public health in the UK.

For example, cuts in social care and housing spending are likely to have a negative impact on health outcomes for individuals as well as increase long term pressures on the healthcare system.

Whilst short term trends in mortality rates in the UK seem unaffected by the recession or adoption of austerity policies, the reality is that the full impact of these trends may not be seen for many more years.