What needs to be done to deliver the economic opportunity of longevity?

What needs to be done to deliver the economic opportunity of longevity?

I am going to approach this question as an actuary and as a private equity guy.

Being an actuary, I feel it’s legitimate to start with the “complex conjugate” of the question, broadly: “What is stopping us from delivering the economic opportunity of longevity?”.

We first have to qualify the economic opportunity before understanding the barriers. I am going to indulge in a number of sweeping generalisations here as I am only allowed a few pages before you’re assumed to have drifted off to the clickbait advertising or to make a cuppa.

Longevity is traditionally seen as a challenge to be managed. But too often we forget about the opportunites it brings, in no particular order:

For those already tempted by clickbait, I am calling for four things, a better attitude between generations, greater flexibility and training in the workplace, better allocation of capital to allocate more to solving the problems of the ageing society and a rethink of the way risk is regulated in relation to savings for retirement.

The myth of the greedy baby boomers

One of the real themes of the last few years has been intergenerational tensions, I am not planning to recap the arguments but there is economically a lot of truth in the argument that baby boomers will take out a greater share from the pot than they put in (by which I mean they will!).

However, to assume that they did it knowingly is a massive leap. They happened to be part of a generation that was far larger than the older (war-depleted) Great Generation and, due in part to better birth control, the subsequent Generation X. The systems for funding pensions, healthcare and education were all based on steady state models, which effectively fail when society isn’t in a steady state. At worst, policymakers chose not to notice as it allowed lower tax bills and more votes! Therefore, if you want to blame someone, look at successive governments, not Phyllis from Scunthorpe, or Jack in Port Talbot! My first point therefore is society needs to stop trying to find divisions and look for opportunities to grow the picnic rather than argue over who got what share of the current picnic.

One simple way to address this is to allow people to work longer, contribute more and thus redress that balance. Sounds simple and in theory it is, in practice it’s more complex. By state pension age (whatever it may be) a significant proportion of the population have health conditions, many have caring responsibilities, and some are in roles, which they are no longer physically able to manage. Health may limit their ability to travel, caring may restrict their hours and a lack of access to affordable retraining may limit their options to change path.

Taking these as a package it is striking that the requirements of older workers aren’t wildly different to those of many younger workers, They need more flexibility both on timing and location and access to training and development across their lifetime. It is just that a greater proportion of older workers have more choice whether to work so can be pickier if they don’t get what they need.

I work from home a lot, I have been really pleasantly surprised to find it saves me many hours a day of wasted travelling time and the downsides can be largely mitigated with some judicious travel and prioritisation. As a society we still have a Theory X approach to the workplace, believing that physical presence is a greater indicator of contribution than output and this really counts against sub-groups with health or caring issues. I am fairly certain it is currently limiting the opportunity for society to economically benefit from longevity changes.

The other major area is training. It’s hard to see why a student loan type scheme to facilitate retraining wouldn’t make sense, it could be recoverable on death or from future earnings/pension income above a threshold and the benefits of keeping people active and engaged in the workforce would be significant economically, as well as from a health, societal cohesion and dependency ratio viewpoint.

I have spent almost all my career focused on the over-50s markets. It’s a genuine mystery to me why so much effort and money goes into marketing to create problems that younger people may then need to solve (largely based around appearance and lifestyle) and so little into solving the actual problems of the cohort with the most disposable income.

Look across the spectrum of major consumables (property, cars, clothing, electronics etc.) and ask who was it designed for and who is it marketed to, I bet the answer isn’t the people with money, it’s the people with debt! This feels like a hangover form the day when pensioners were the poorest part of society. That’s far from the case now; and design, manufacture and advertising have yet to adjust to the new reality.

This may seem an odd point but until they do, they are choosing to participate in the wrong race, I can’t explain why they’ve been slow to adapt, those businesses that did target the consumer groups with wealth have made often huge returns for their investors…

Reconsider the democratisation of risk

I couldn’t end without a technical point! Since the turn of the millennium we have obsessed with stricter and lower risk regulation. Before you bite my head off, I am not actually a “pure free market, regulation light” advocate.

However, at a societal level they may not. There is a paradox that making protection too strong and therefore much more expensive increases the security of the specific guarantee but for many individuals makes guarantees unaffordable and reduces the level of protection society has as a whole.

Consider one I know well, annuity pricing in the UK is down about 20% due to regulatory changes between 2005 and 2019. The net effect is annuity companies are safer but far fewer annuities are sold. The investment and longevity risk has gone from heavily regulated corporate balance sheets with access to capital, to individuals with insufficient savings and no access to fresh capital. I term this the “democratisation of risk” – risk has been reduced in institutions by handing it back to the general public, DB pensions have become DC, with profits savings have become unit linked, annuities have become drawdown.

Each regulator has acted entirely logically against its own narrow mandate, however no one has sat above them and recognised that reducing risk is like playing “whack a mole”, you can reduce it in insurance or pensions but it still exists and just pops up somewhere else. Once you realise this, you realise separate regulation of pensions and insurance with no one talking responsibility for the overall consumer outcome is a potentially flawed model. It has driven consumers to be more exposed to risk than ever and as a result less able to do some of the things they could have done had they not had to worry about the risks they were, I was going to say managing, but I think its fairer to say exposed to.

This will affect retirement decisions, investment decisions and is likely to be highly inefficient for society. In the nineties and noughties I suspect we had far too little regulation of financial institutions, post-crisis I suspect we have over-corrected and moved too far the other way, not at a regulator by regulator level, but when measured as a societal outcome.

My final point therefore is that someone at Ministerial level should be appointed to look at the balance between whacking risk down in regulated institutions and ensuring an optimal consumer outcome, the two are currently almost certainly mutually exclusive and the consumer outcome part plays second fiddle. 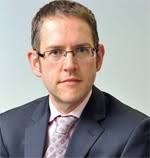 Steve is Chair of Key Retirement, the largest Equity Release Advisory firm in the market and Retirement Bridge, an Equity Release consolidator. He also advises Private Equity, Hedge and Sovereign Wealth funds on investments in the insurance sector in the UK and Europe. Prior to this Steve was the founder and CEO of Partnership Group, a specialist provider of enhanced annuities, equity release and care annuities which he listed in 2013 for £2bn and left following its merger with Just retirement in 2016. His early career was largely spent in product development and investment roles at Norwich Union, GE and Britannic Group before a spell leading the pricing of M&A deals for Swiss Re. Steve is an actuary and continues to take a close interest in the equity release, retirement, care and bulk annuity sectors. In his spare time he is a competitive marathon runner and restores classic cars.

International Women’s Day: How tweaks to tax relief can ensure Gen Xers’ who leave the labour market to care are not left behind