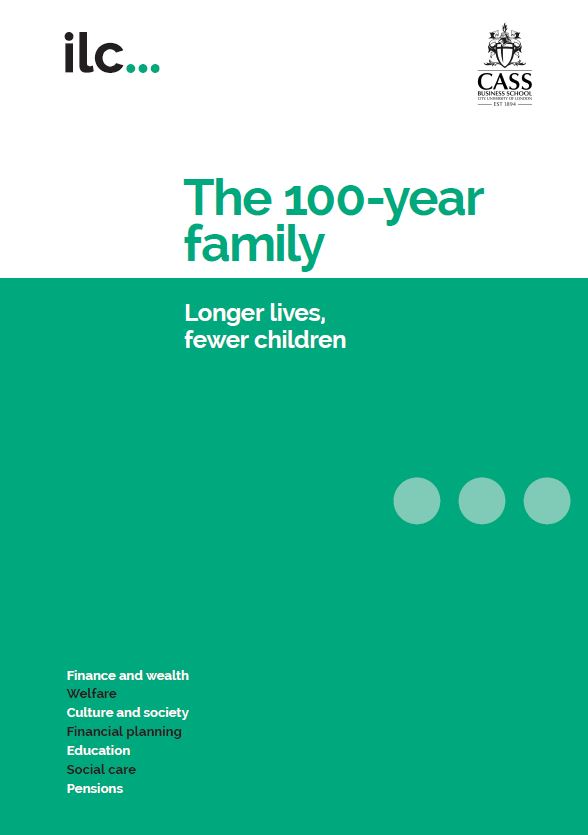 This paper investigates how the role and resilience of the family in the UK has changed over time, and explores how it is coming under increasing pressure from external demographic and economic forces.

We investigate these effects using a novel approach based on survivorship. We also propose a new way to define ‘family,’ using a framework flexible enough to model a range of family structures and situations: by centring analysis on the ‘focal woman.’

Survivorship is the probability of living to a given age (see section 2 for more detail); we take this data from the UK Office for National Statistics (ONS) life tables for England and Wales. These are constructed using mortality data and are available from the mid-nineteenth century onwards.

We construct the joint survivorship of typical families based on the number of births. We also employ novel ‘family accounting’ methods to quantify and analyse the potential overlapping of care responsibilities that face today’s families.

Our work is informed by the effects of two broad transitions, widely recognised by demographers as occurring across many societies:

We posit that the economic benefits of the first transition are in danger of being reversed by the second, and that our social, political and economic structures are not aligned to support the families in which we now live. We explore this possibility through analysis of family structures in a context of increasingly stretched welfare systems, widening inequalities and ageing populations. This context raises questions:

We believe that society must adjust itself to the new reality, by taking steps to move into a third transition. This will require action to enable more of us to spend our additional years in good health and in decent housing, with the capacity to undertake paid work, to care for our families, or to do both. We suggest that as part of this transition there may be a need for:

Our analysis shows that the changes occurring during the second transition have put society on a demographic escalator to economic stagnation, and that matters can only get worse. We believe it will take conscious action by the UK’s decision-makers to make a third transition reality and step off the escalator.

Generation X: How can we improve their retirement income prospects?