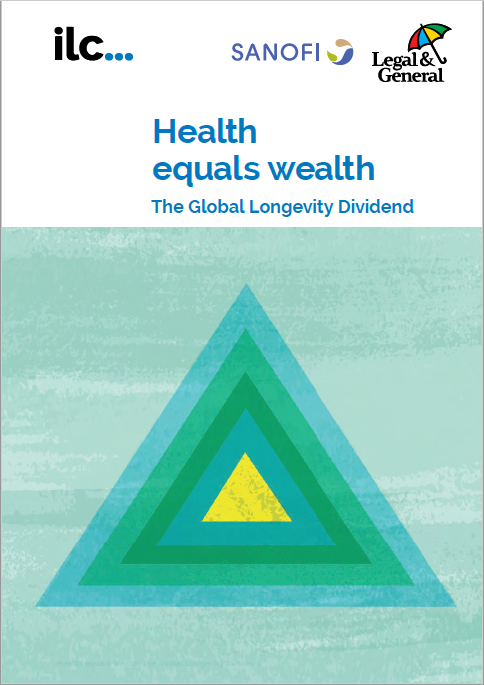 ILC has launched a new report – ‘Health equals wealth: The global longevity dividend’, this week ahead of the G20 Finance Ministers’ and Central Bankers’ meeting, which unveils the significant, and growing, economic impact of older workers across the G20.

The report argues that leveraging the economic contributions of older people will be instrumental in the global post-pandemic recovery, and that addressing health barriers to work for older people can unlock a significant “longevity dividend”.

ILC-UK analysis finds higher rates of employment among older people in countries that spend more on health as a proportion of GDP. Across countries, a 1 percentage point increase in health spending is associated with a 3% increase in the employment rate for people aged 55 to 64.

The report argues that countries also need to address other known barriers to work for older people, such as non-inclusive workplaces, in order to maximise the potential longevity dividend.

To maximise the economic contributions of older people in the post-pandemic recovery and beyond, ILC-UK is calling on G2o Governments to deliver an Ageing Society New Deal that would see countries invest more in preventative healthcare and support work in an ageing world by:

“Policy makers are so fixated on the direct costs of ageing that they fail to notice the significant and growing contributions that older people make. This prevents them from fully realising the social and economic potential of older people – and from appreciating the longevity dividend.”

“Older people’s social and economic impact is already significant, but there’s potential to increase this further. The barriers they face are in part avoidable – and the most important is poor health.”

“Despite the tragedy and the devastation, COVID-19 has placed society in an exceptional moment to prioritise health and act on ageing. It has shown us how health and the economy are linked and has exposed the dangers of under-investing in prevention.”

“Let’s use this shift in mind-set to raise the necessary funds today to realise a longevity dividend tomorrow.”