The changing face of the electorate

The changing face of the electorate

What are the significance of demographic trends for May 2015?

Over the past century the UK has seen significant demographic changes. Life expectancy has increased sunstantially, from 67.2 years for a boy born in the year Harold Macmillan was elected, to 82.6 for a girl born when Cameron got the keys to number 10. At the same time fertility has declined. Women born in 1935 gave birth, on average, to 2.42 children over lifetime while women in their daughters generation, born in the mid-60s, on average had just 1.91 children. Our population has also absorbed sucessive waves of immigration from across the globe. Until 1991 the census didn’t even record ethnicity, yet by 2011 one in five people identified with an ethnic group other than White British. Our electorate has changed: we’re older, our families are smaller and we’re more diverse. 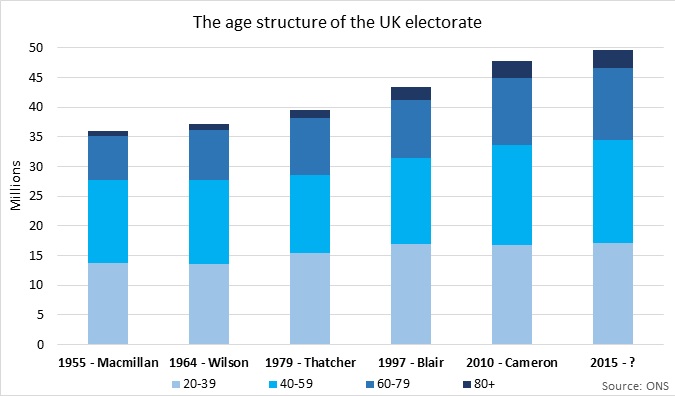 These are all important trends but of late politicians and the media seem to have picked up on age in particular as the demographic issue which will drive voting preferences in this election. 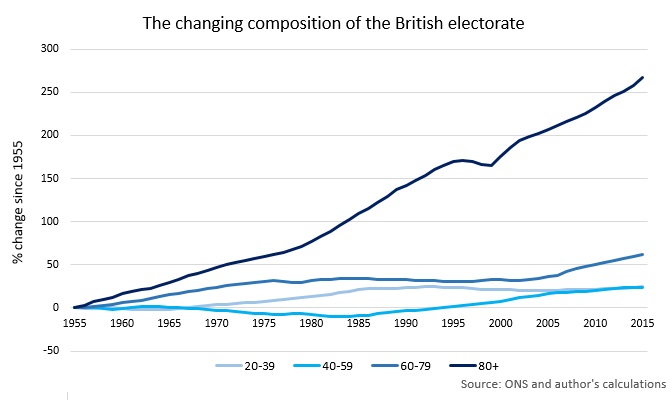 But why does age matter? Because with age comes votes. Turnout at the last election was over 35 percentage points higher among voters aged over 60 than it was among those aged 18-25, leading commentators to attribute commitments by the major parties to protect pensioner benefits as attempts to capture the so called ‘grey vote’. 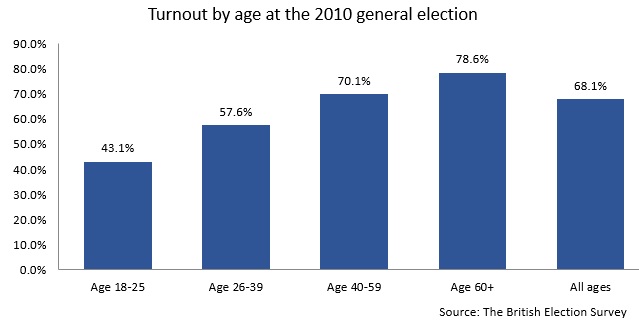 An important question is whether the high turnout rate among older voters is an age or a cohort effect. Do people naturally become more politically engaged as they grow older, or are today’s younger generations simply different from those who came before? Will the turnout rates of those who were born in the 90s ever reach the levels we currently see among those born in the 30s and 40s? These are the questions we will be addressing in our next blog.