A different age: A snapshot of diverse later lives

A different age: A snapshot of diverse later lives 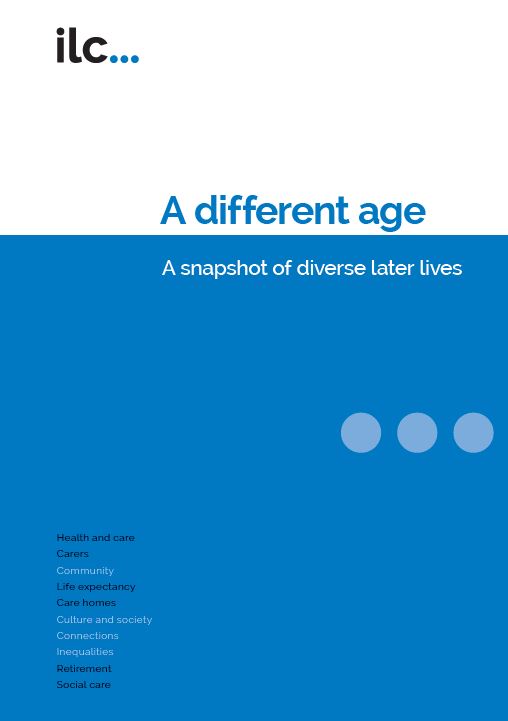 The story of our ageing society is often told in terms of a growing population of ‘older people’. But what does that term even mean?

We know that most people think that ‘older’ is something other than them, but too often public policy uses the term ‘older people’ to homogenise a group of people that encompasses multiple generations and a multiplicity of characteristics and life experiences.

At the ILC, we know that there is significant diversity and inequality in the older population, and we’re determined to ensure that the very different voices and experiences of people in the second half of life is represented in our work.

In this leaflet we set out ten differences that have been observed between different groups of our current older population.

Using data from ELSA (the English Longitudinal Study of Ageing), this leaflet demonstrates the diversity of, and inequalities existent among, today’s older people across a series of indicators related to health, social experience and economic status.

This publication was made possible by the ILC Partners programme.

If healthy ageing is the end point, how do we get there?

END_OF_DOCUMENT_TOKEN_TO_BE_REPLACED

Tackling barriers to spending to deliver a longevity dividend

END_OF_DOCUMENT_TOKEN_TO_BE_REPLACED

Lost time: Productivity and the flu